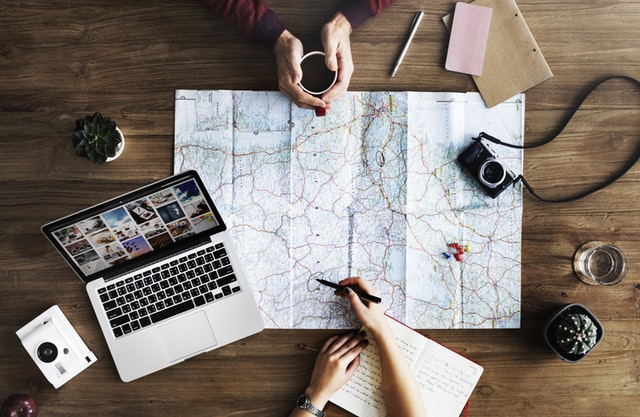 Leave Travel Allowance (LTA) is my favorite allowance. As per LTA, the government gives us tax benefits for our holiday. It is the best tax saving scheme ever – as I just don’t save tax, I take a vacation too!! As per this allowance an employee gets to cover his travel expenses when he is on leave from work by his employer. Sometimes it is also known as Leave Travel Concession (LTC). LTA is exempt from tax u/s 10(5) of Income Tax Act, 1961. It is the travel concession or assistance received by you (an employee) from your employer for yourself and your family towards your travel expenses within India while you are on leave from work or post-retirement or termination of service. Family includes: There are certain rules that are to be followed: What are LTA block years? An employee cannot decide his/her own block of four years depending on when they start the job. The blocks are fixed in the income-tax act. Exemptions can be claimed twice during each block period. The current block consists of the following 4 years 2018, 2019, 2020 and 2021. List of Expenses Exempt under LTA In case of travel by air The economy airfare of national carrier by the shortest route or the actual amount spent on travel whichever is less is exempt from tax. In case of travel by rail The A.C. first class rail fare by shortest route or actual amount spent on travel whichever is less is exempt from tax. If the origin and destination spots of the journey are connected by rail but the journey is performed by other modes of transport and not air or rail If the origin & destination points are not connected by rail or air (partly/fully) but connected by other recognized Public transport system If the place of origin & destination are not connected by rail or air (partly/fully) and also not connected by other recognized Public transport system What is Carryover Concession? If you did not use LTA provided by your employer either once or twice (the permitted limit) in a 4 years block period, then you can still claim LTA exemption by using LTA in the year immediately succeeding the 4 years block period. It is known as carryover concession. For Example, Mr. Shah claimed only one exemption during the 7th block of years which lasted from 2014-17. He still has one exemption remaining. So when can he claim it? He can claim this concession in the next year, i.e. 2018 which is a part of the next block. So, in the next block of 2018 – 2021, he can claim 3 exemptions in total but he needs to claim carryover concession of the previous block (2014-2017) in 2018 only and not later than that. Example 2 – Mr Iyer had a LTA of INR. 30,000 per annum, in his compensation structure. Thus, if you want to save taxes on your salary, take a vacation with your family in India and maintain all your travel tickets to claim the LTA benefits. LTA is the only allowance which lets you travel and save taxes. In spite of LTA being such an easy allowance,  many people do not claim LTA (i.e. they do not submit appropriate forms and proofs to their HR teams within valid timelines) and end up paying taxes on their LTA allowance.
Spread the love