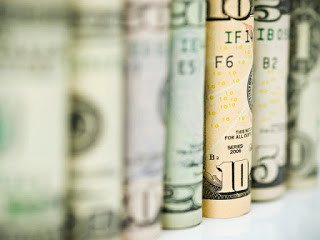 The Indian market has begun to realise the potential of mutual funds as the most advantageous avenue for exposure to equities. Mutual funds are going to be your money partner for the rest of your life. It is worthwhile to spend a little time for understanding some basics related to mutual funds. We have already touched upon the types of Mutual Funds on the basis of the investment objectives (Equity, Debt, Gold, etc.). Another distinction in Mutual funds is based on the length of time for which the fund is collecting money. The two categories are Open-ended and Closed-ended funds. An Open-ended fund has a perpetual lifespan-Ended and you can invest in the fund or redeem your investments at any time. As inflows are unlimited and, typically, unrestricted, there is no limit to what the corpus can grow to. At present most AMCs prefer to launch has funded as it helps the AMC garner money A close-ended fund restricts the inflows to a specified period. They are open for subscription for a few days from the date of their launch. The Fund stops accepting funds from the public, once the subscription period ends. However, to ensure liquidity, the fund houses list their closed-ended schemes on a stock exchange. The number of outstanding units of a closed-ended fund does not change as a result of trading on the stock exchange. Apart from listing on an exchange, these funds sometimes offer to buy back the units, thus offering another avenue for liquidity. SEBI regulations ensure that closed-ended funds provide at least one of the two avenues to investors for entering or exiting. Close-ended funds, by their feature, come with a fixed tenor ranging from 3 months to over 3 years. Most Close-ended funds are Debt Funds. Fixed Maturity plans launched with a fixed tenor, is the best example of a Close-ended Fund. It is not uncommon for Fund Houses to launch Close-ended Equity Funds. Such funds help the Fund Manager invest as per the market cycle and prevent the investors from cashing out in case of adverse market conditions. Once the fixed period for the close-ended fund gets over, the maturity proceeds are either repaid to the investors (typically, in the case of debt funds) or the close-ended fund is converted into an open-ended fund (typically, in the case of an equity fund). Once converted to an open-ended fund, the fund is open to subscriptions and redemptions like any open-ended fund. Close-ended schemes are traded on the stock exchange in comparison to the open-ended schemes. Also, close-ended schemes have different pricing as compared to the price you buy because they are traded on the exchanges. Different periods of time in the last 20 years have seen open ended and close ended funds change in popularity with the AMCs. In the early years of the mutual fund industry, fund managers were not sure if investors would stay invested in the fund. Due to this uncertainty on account of investor behaviour, most schemes launched in 1990s were closed ended schemes. With the growth and maturity in the market, fund managers gradually moved towards the open ended schemes. Funds switched to launching closed ended funds in 2006 and 2007 due to a cost advantage as the closed ended funds allowed to charge initial marketing fees from the investors. With changes in SEBI regulations, that advantage no more exists and currently AMCs launch open ended or closed ended funds keeping in mind the purpose of the fund and investor requirements. What, then, should be kept in mind by the investor while choosing between the two kinds of funds? Close-Ended Debt funds begin with a fixed tenure. This enables the Fund Manager to invest in securities in line with the term of the Fund. This reduces the Interest rate risk faced by the investor as the investments in the Fund are held till maturity. In case of Close-ended Equity fund, the manager knows the size of the corpus he has to manage. Another advantage is that there are no redemptions from the fund during its tenure. The Fund Manager need not hold excess cash in anticipation of redemptions. However, there is no proof to show that Close-ended funds have performed better than open-ended funds.
Spread the love