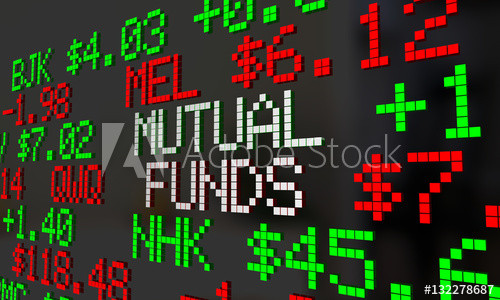 Asset Management Company(AMC) is the business face of the mutual fund as it manages all the affairs of the fund. Investment professionals employed by the AMC determine which securities to buy and sell in the fund’s portfolio, consistent with the fund’s investment objectives and policies. In addition to managing the fund’s portfolio, the AMC often serves as administrator to the fund with the support of the R&T agent and the Custodian.

Bid Price is the price at which a close ended scheme repurchases its units. This is also known as “Repurchase Price”.

Close Ended Scheme is any mutual fund scheme which has fixed tenure. The period of maturity of the scheme is specified at the launch of the Scheme. These can be equity or debt schemes. An example would be Fixed Maturity Plans(FMPs).

Entry Load is an amount paid by an investor at the purchase of the units of mutual funds. The amount is towards the expenses incurred by the AMC for distributing the Mutual Fund Schemes. An amount equivalent to 2.25% is deducted from the amount paid by the investor towards the entry load and the rest amount is invested to buy units of the mutual fund. However, as per the recent ruling by SEBI, there will be no entry load on the money that one invests in any mutual fund scheme and the entire money invested will be used to buy mutual fund units.

Money Market Instruments mean to include commercial papers, commercial bills, treasury bills, Government securities having an unexpired maturity upto one year, call or notice money, certificate of deposit, and any other like instruments as specified by the Reserve Bank of India from time to time. To summarise, these are debt instruments for short term (less than one year) where the liquidity of the investments is high.

Mutual Fund is an institution which pools money from various investors and professionally manages the investment in the various instruments. The investments of the mutual funds are driven by the investment objectives of the scheme.

Net Asset Value (NAV) is the net worth of a scheme. It is calculated as all assets of the scheme less all its liabilities. NAV per unit is NAV of the scheme divided by the number of units outstanding on the date of valuation.

Offer Document is the document that a mutual fund issues to the public and invites them to subscribe for units of a scheme. This is the most important document for an investor as it contains important information about the scheme. Apart from other things, the offer document contains the investment objective of the scheme, tenure of the scheme in case of close ended schemes, details of the trustees, investment manager, expenses, tax impacts, etc.

Offer Price is the price per unit offered to an investor by the mutual fund for subscription to a scheme. It is also known as “Sale Price”.

Open Ended Scheme, as against a close ended scheme is a mutual fund scheme which has no specified duration or maturity. The offer for sale is open with no time limits.

Repurchase Price is the price at which a close ended scheme repurchases its units. This is also known as “Bid Price”.

Sale Price is the price per unit paid by the investor to subscribe for a scheme. It is also called “Offer Price”.

A Sponsor is the promoter who sets up the Mutual Fund, appoints trustees and the AMC in accordance with the SEBI Regulations.

Trustee is appointed by the sponsor. The trustee holds the property of the mutual fund for the benefit of the unit holders and is responsible to the investors of the fund. The trustee is vested with the general power of superintendence and direction over AMC.

Unit is the interest of the unit holders in the scheme. It just is like a share of a company held by the shareholder.

Unit Holder is a person who is holding the units in a scheme of a mutual fund. The term is comparable to shareholder in case of a company.